When Juan Flores opened his door one day after hearing a knock, the last thing he expected to see was his pet Pitbull Hades on the other side.

However, he was left even more surprised to find that the dog, was harboring a very pregnant cat in his dog house. More often than not people assume the worst about this sweet dog named Hades, simply because of the way he looks.

Recently, though, Hades proved that it’s what’s in his heart that matters 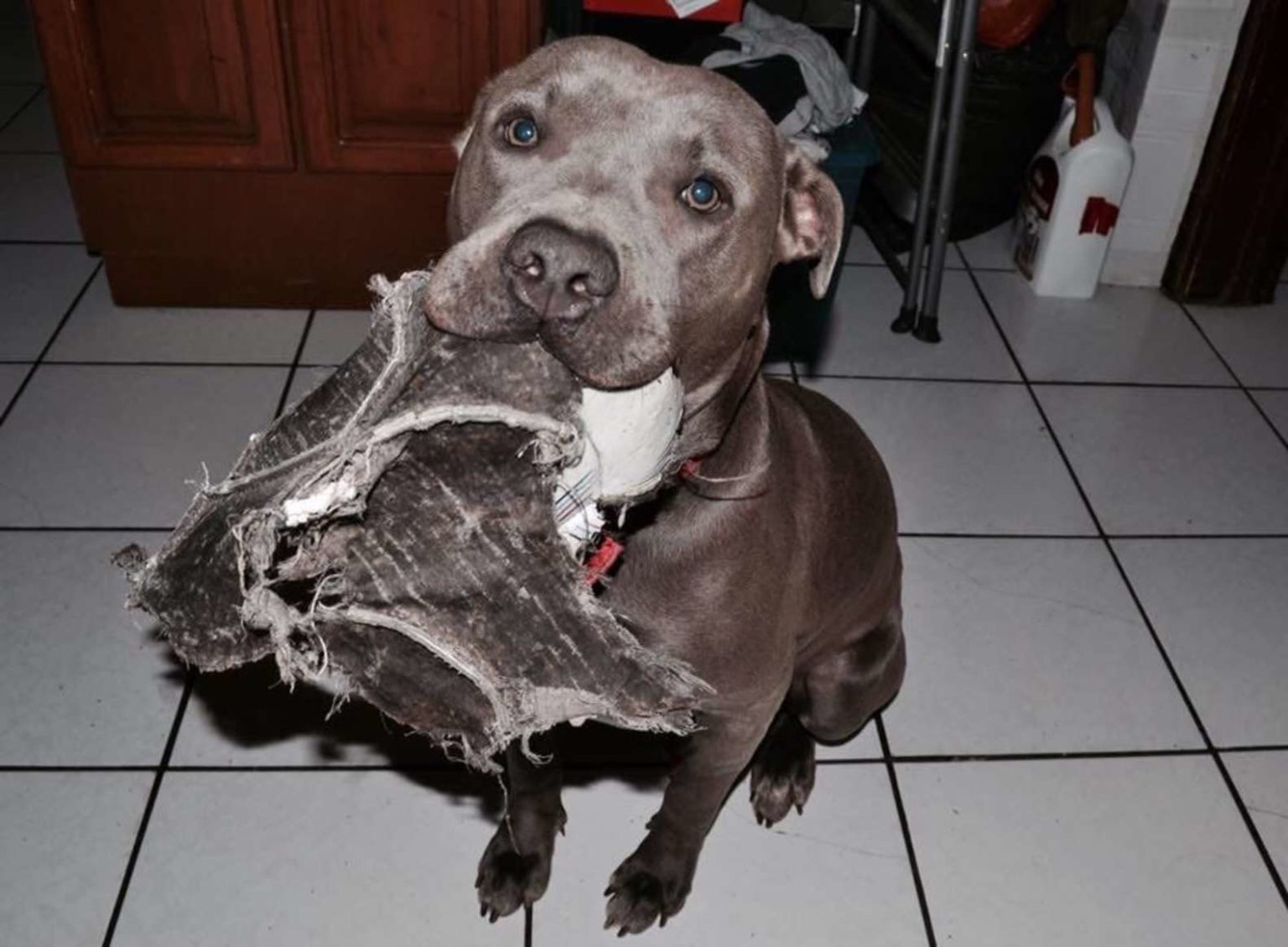 Hades lives in Mexico with his owner, Juan José P. Flores. For as long as Flores can remember, a stray cat has been visiting his neighborhood. Though he was never able to get close to her, Flores always left food out to make sure she never went hungry.

Hades noticed these acts of kindness and soon followed with a loving gesture of his own. 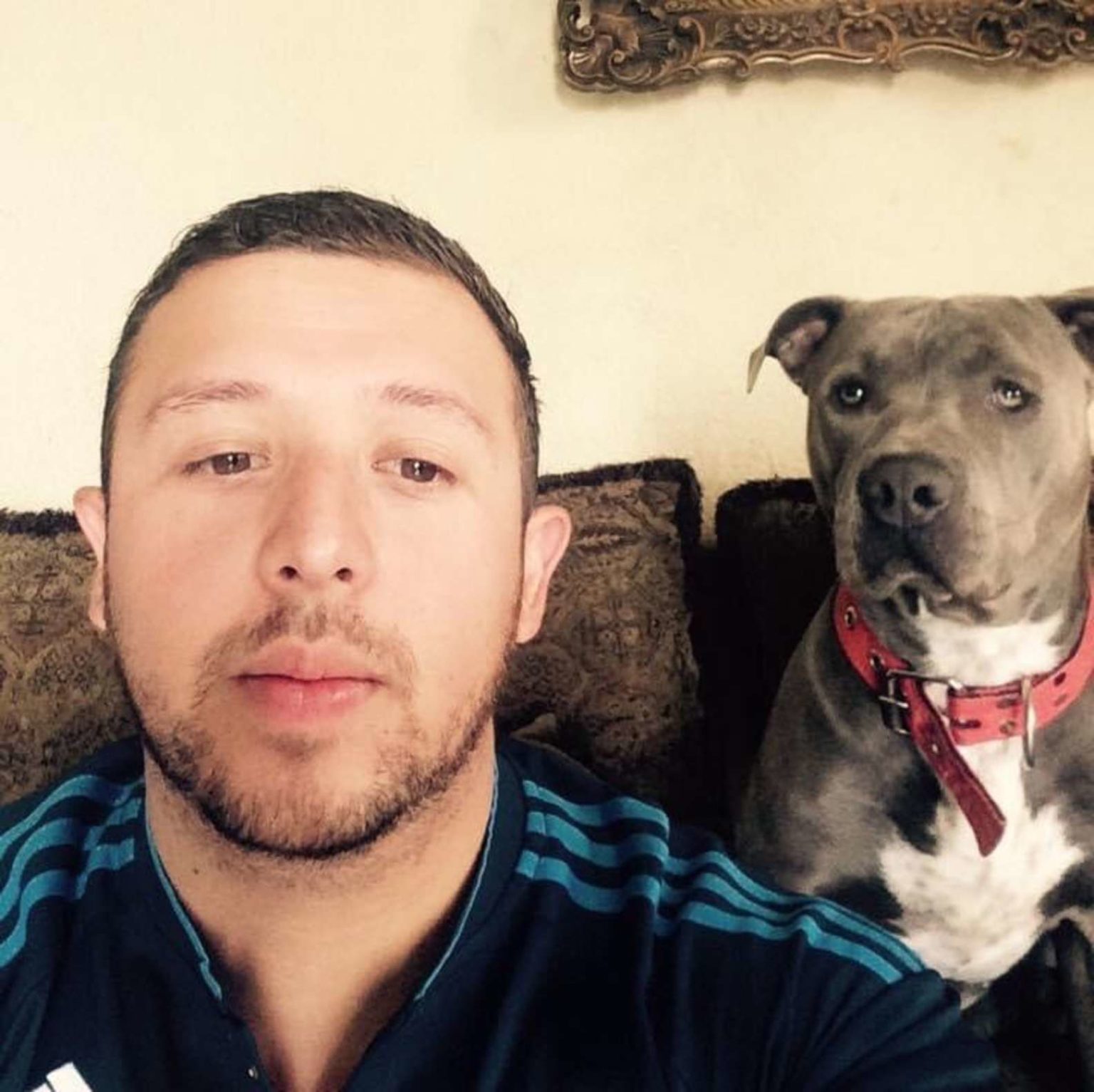 On one particular afternoon, Flores was at home when he heard knocking at the back door, where Hades likes to hang out. Initially, Flores thought it was a person, but it was actually his pup.

It turned out, Hades had something important to share. Stepping out to check, Flores saw this — Hades happily pointing out that he’d invited a certain someone to stay in his doghouse. 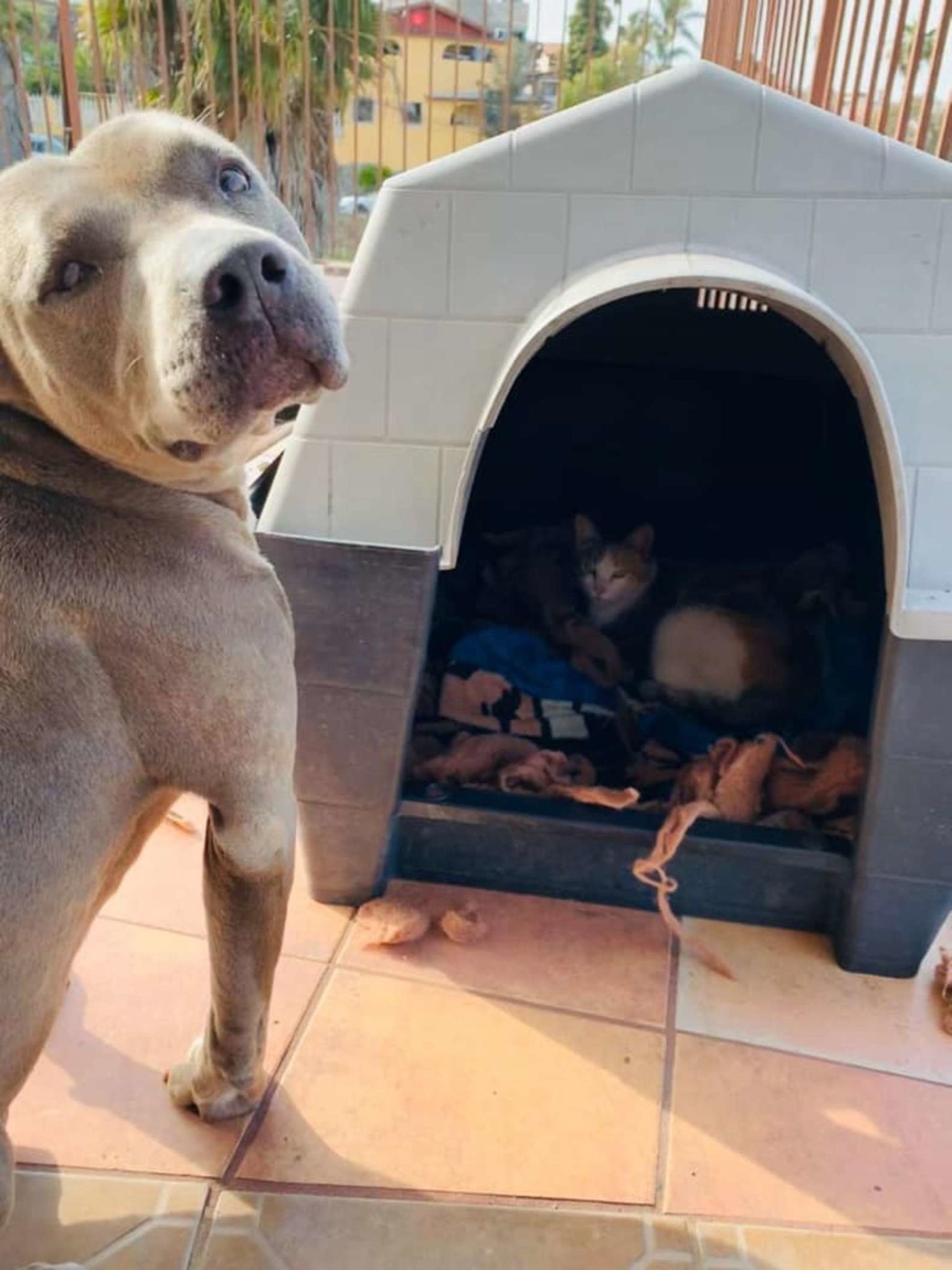 The stray car was about ready to give birth and his adorable pooch had offered her shelter in her fragile condition. Officially on board, Juan did all he could to make sure that the soon-to-be mom was as comfy as can be.

Within a few days, the cat went into labour and Hades was right by her side all the way through “He dragged a blanket over to the entrance of his house and settled outside the door,” Flores recalls. 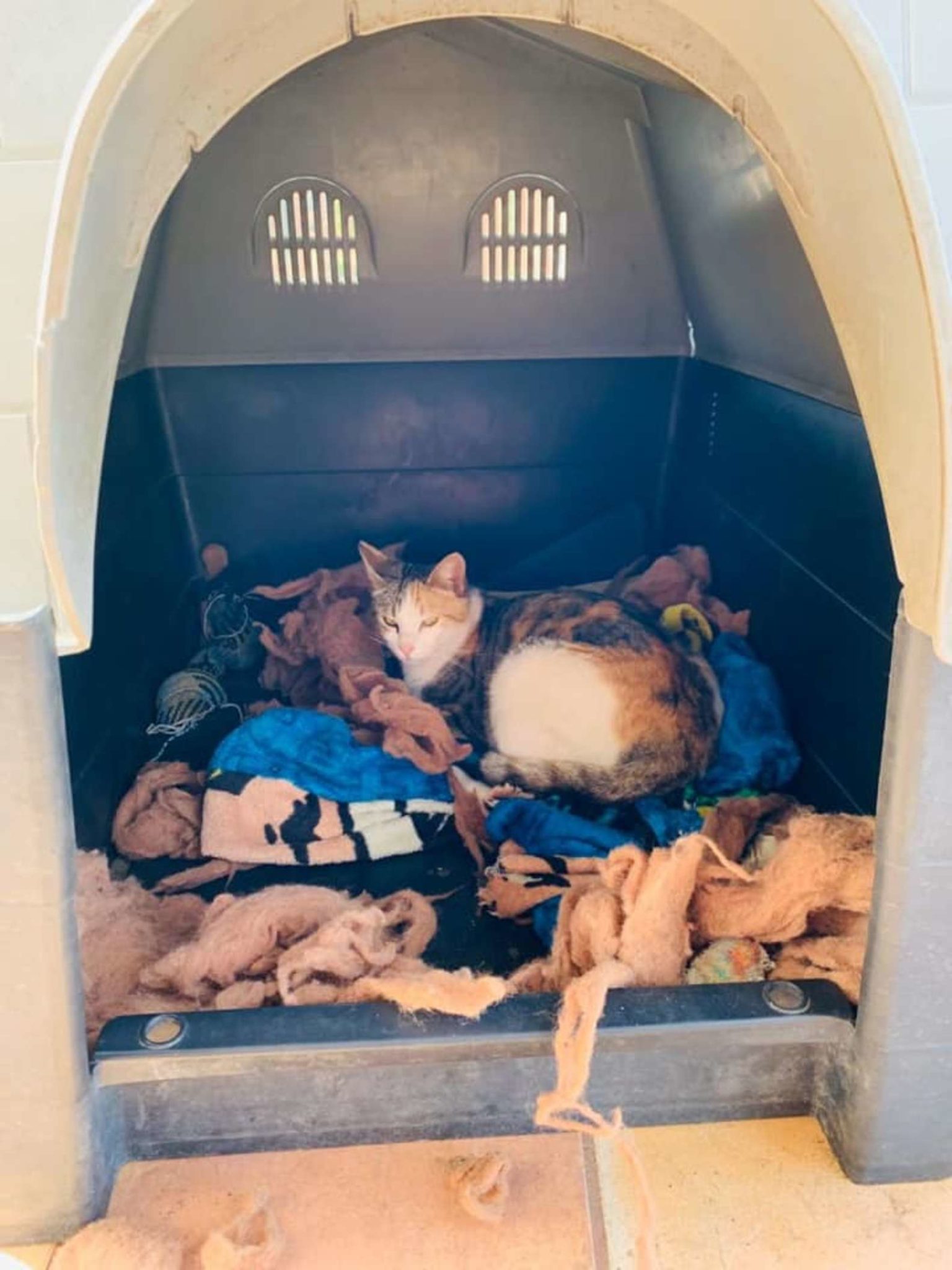 Soon enough, the cat now called Nicol gave birth to two beautiful Kittens. To make sure their extra safe Juan moved mom and babies into the main house with Hades and himself.

It quickly became clear that Nicol and her birthing partner, Hades have formed a bond that will last a lifetime. The two spend plenty of time together when she’s taking a break from mommy duties. 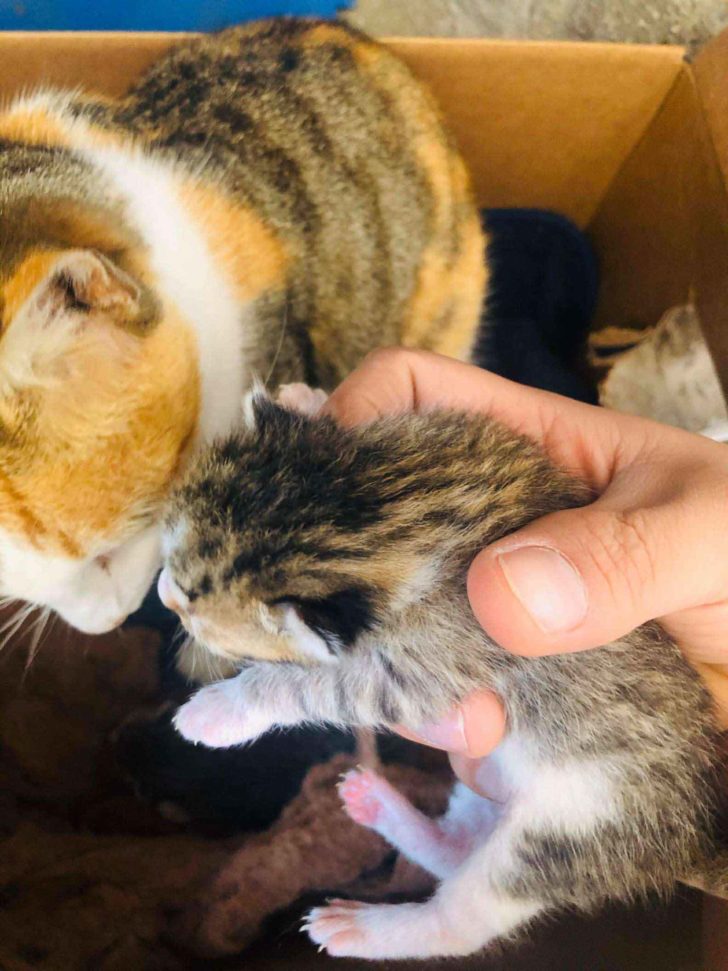 And Hades doesn’t seem to mind doing his little part, when it comes to caring for the kittens, Juan suspects that the cute pup thinks he’s their father. 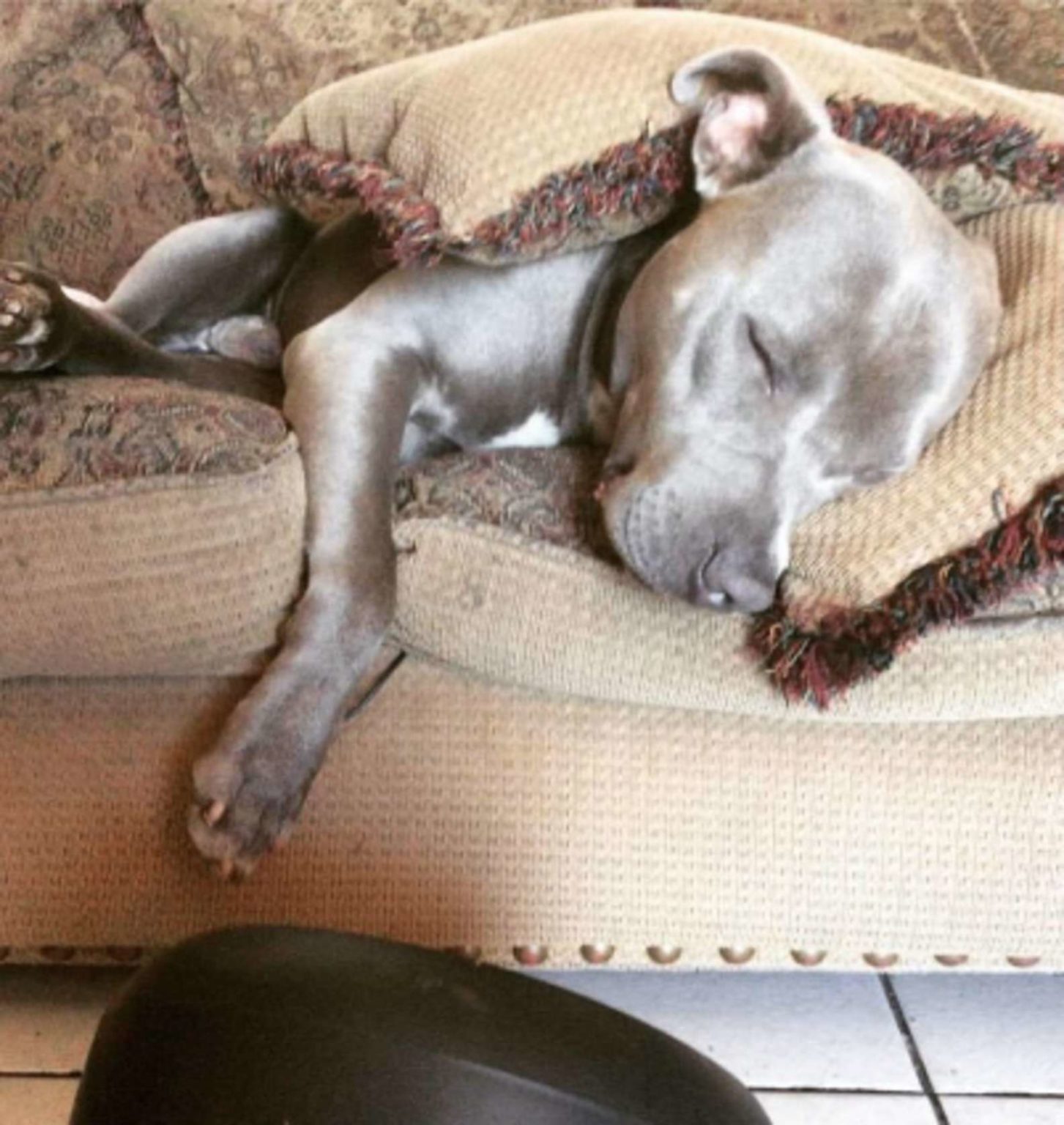 Juan plans to find a forever home for the two kittens once the time is right but, it clear there’s no separating soulmates, Hades and Nicol. How cute!