Sharla Wilson moved out to live in a new house. So, she decided to post a letter apologizing for her senior pug’s howling as he is feeling lost in the new place and barking a lot as he can’t find her.

A neighbor took a photo of the very gentle note that went viral on social media very quickly due to its cuteness and kindness. The picture was liked by almost half-million dog lovers. Globally, people accepted Charleston howling for expressing his feelings.

You howl all you want Charleston, honey pic.twitter.com/Cv5bLk0ogh 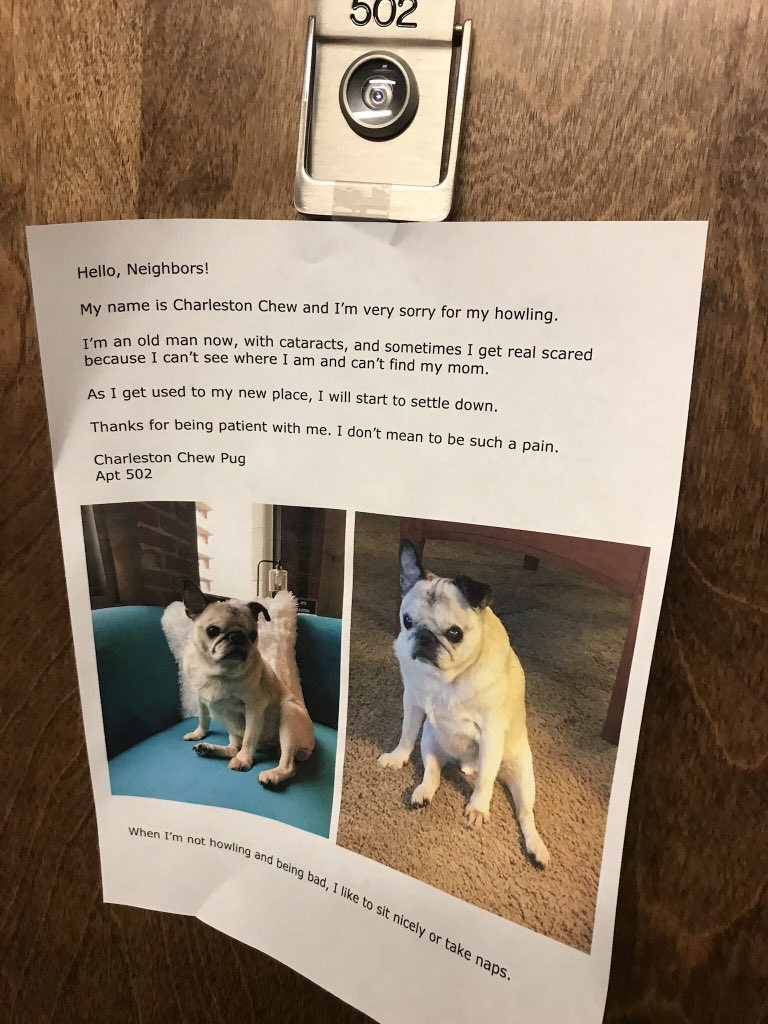 Well, you asked for it. He smelled a dandelion he couldn’t locate and howls galore ensued… pic.twitter.com/8ACenw95G1

Sharla has received a huge appreciation and recognition from people. She even received gifts, such as coffee from Curly Tail Coffee and a Wyze Cam to know where Charleston is. Sharla and Charleston are very lucky they seem.

Available now for a limited time with a portion of the proceeds being donated to local pug rescue: https://t.co/7gzmC6Yst2 ☕️❤️🐶 pic.twitter.com/SW1pAw2Y9C

That’s him when he was a puppy

The tiniest baby. #tbt to the very day Charleston stole my heart. pic.twitter.com/bSLmnihDc9

We all love you, howl as you like, Charleston, sweety.