If you own a dog then you know that they double as walking trash cans; in that, they are ready to consume anything and everything they find regardless of if it’s actually edible or not. Because of this insatiable hunger, a massive part of being a responsible doggy mom or dad is regulating your pup’s desire to eat every ounce of food they cross paths with which, admittedly can be hard especially cause they can be so darn persistent and cute.

But learning how to say no can be the difference between having a healthy or an unhealthy dog and unfortunately for Kai and his former owners they had to learn this the hard way.

This is Kai when he weighed 173 lbs 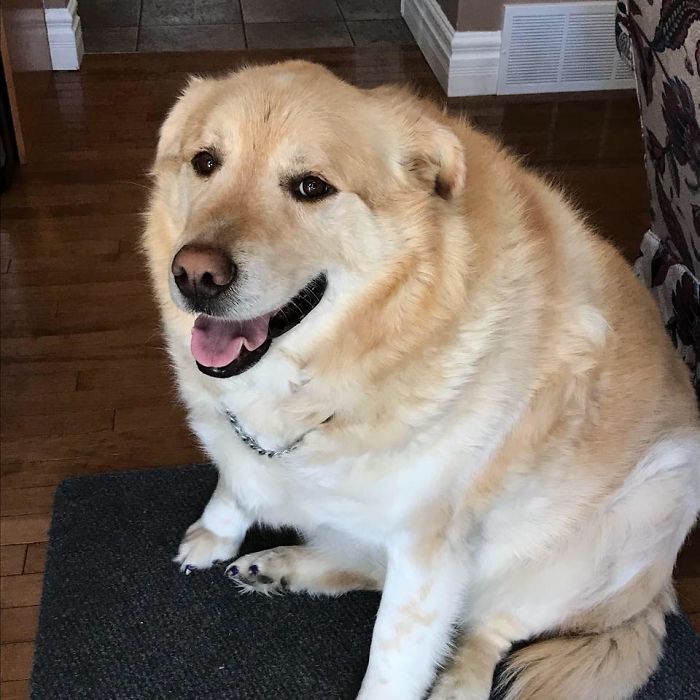 Weighing in at 173 pounds, more than three times the average weight of a dog of the same breed, Golden Retriever Kai was grossly overfed throughout his life, so much so it left him unable to walk, run or play like other dogs. 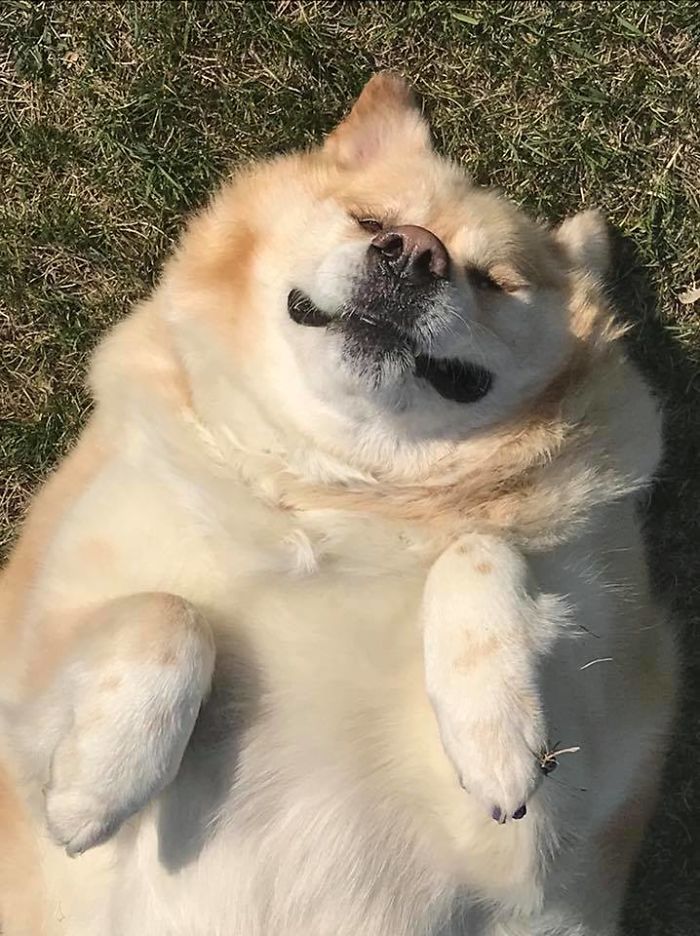 At such a colossal weight and with habits already long set in, Kai’s former owners were at a loss with what to do and decided to take him to the vet to be put down. 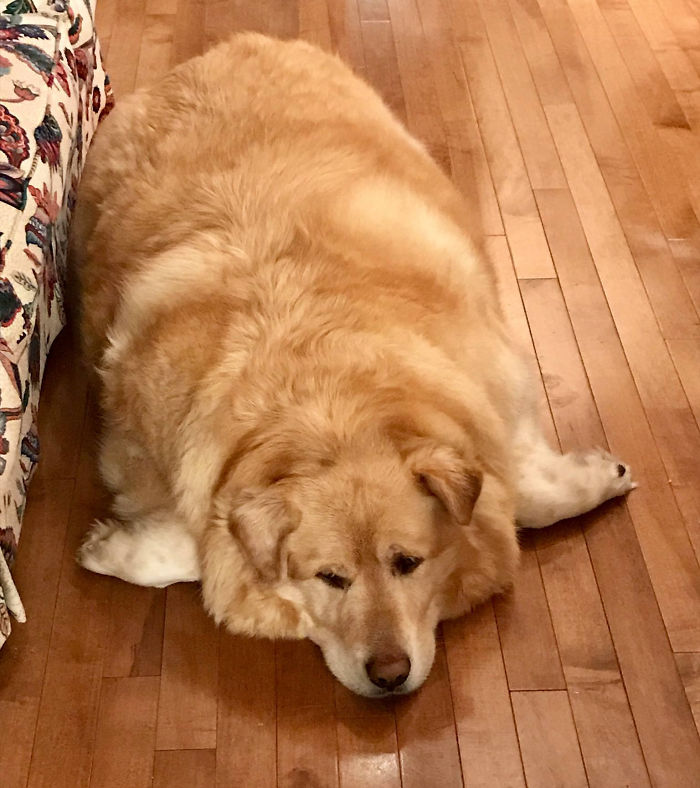 However, their vet refused and instead took Kai and placed him in local rescue, Misfits of Alberta Animal Rescue after which he was soon adopted by superhero Pam Heggie. 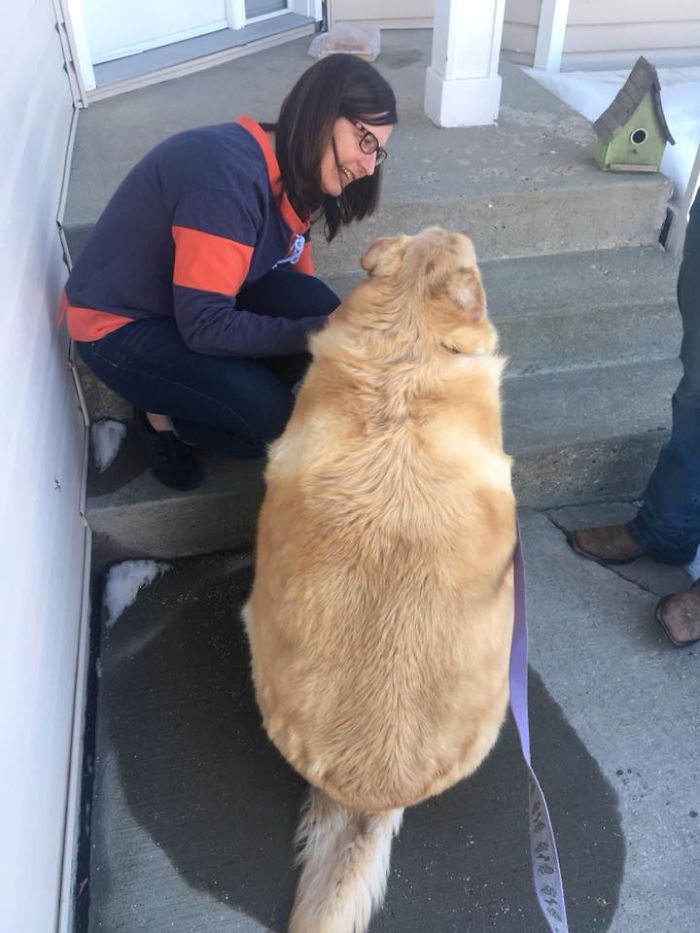 Pam who owns several rescue dogs was hopeful for Kai’s health from the very beginning and with the help and supervision of her vet began working on a program that would get Kai’s health back on track. Speaking on Kai’s condition when she first adopted him, Pam said:

When I first met Kai, I honestly could not believe his size. He weighed 173 pounds (78.6 kg). He struggled to do everything and panted all the time. We often had to lift him using a big soaker pad to get him up the stairs. Getting him in and out of the car was so hard. Always took two of us and I took a seat out of the van so he could fit easily. I honestly was scared I would wake up and he would just be dead in his sleep. 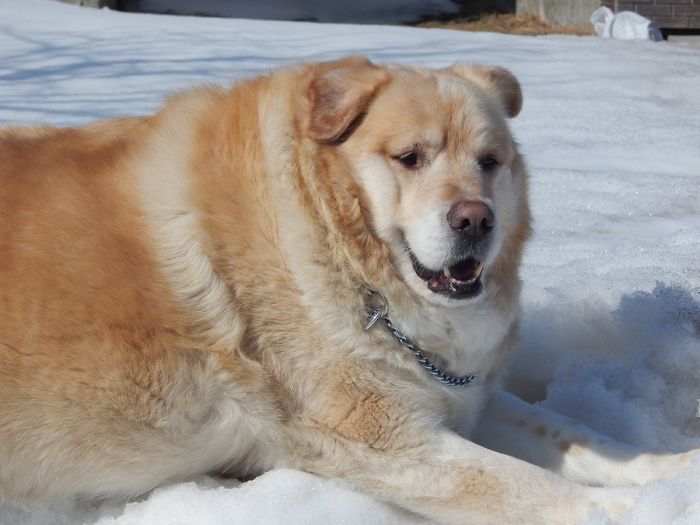 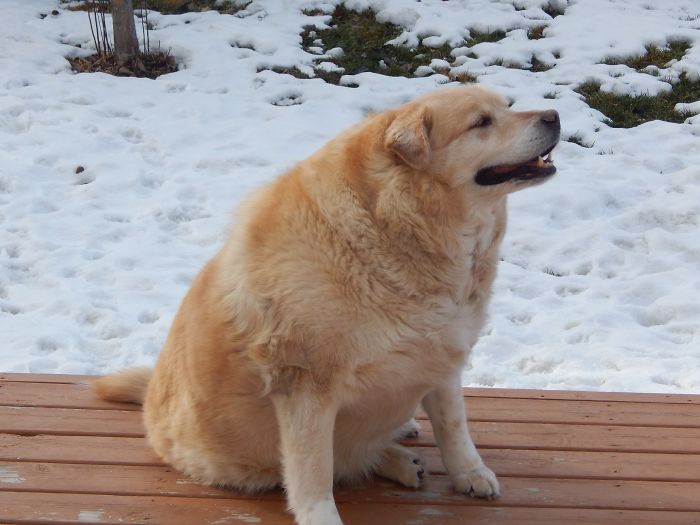 Due to Kai’s weight his mobility was extremely poor and exercise was near impossible at the beginning so he was placed on a water therapy program for 6 weeks, which allowed for him to exercise and ease the pressure of the weight. 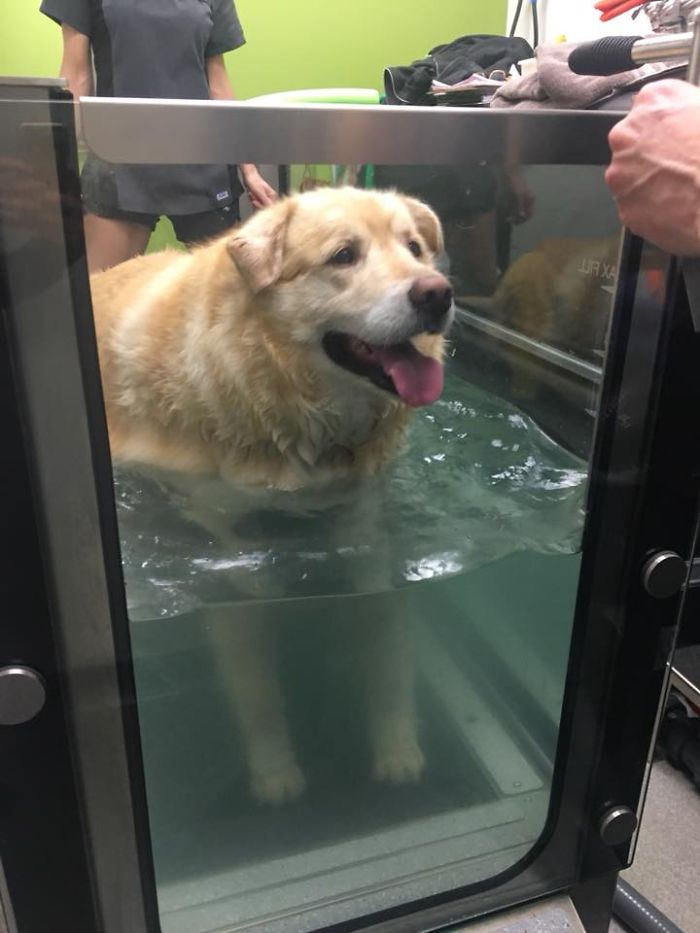 Around this time is when Pam started the youcandoitkai Facebook page, where others could follow and keep updated with Kai’s progress. Speaking on her reasoning for making the page Pam said; “I started his Facebook page to keep us motivated and accountable. Plus I thought he was so amazing and that others would enjoy his determination and progress.” 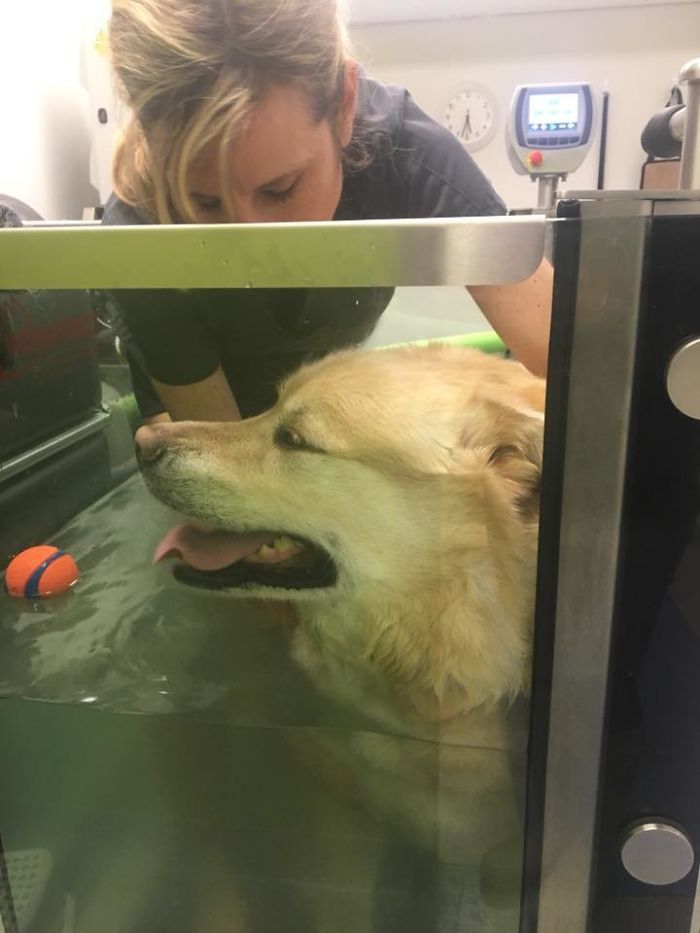 After a lot of hard work and determination, Kai finally reached his goal weight of 75 pounds.

Kai now weighs roughly around 68lbs now and has maintained that weight for over a year now. Fruits and veggies are the only other snacks he gets. Kai did hydrotherapy and daily walks to lose weight. Just like people. At first, he did short walks (literally 5-10 steps) three times a day. As his stamina improved, they went longer and less often. 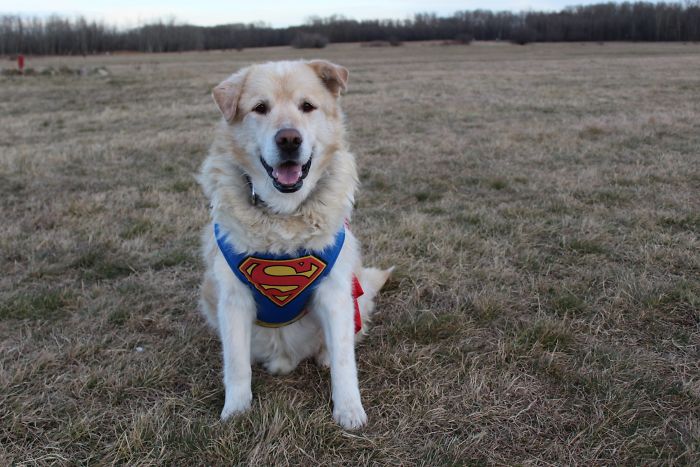 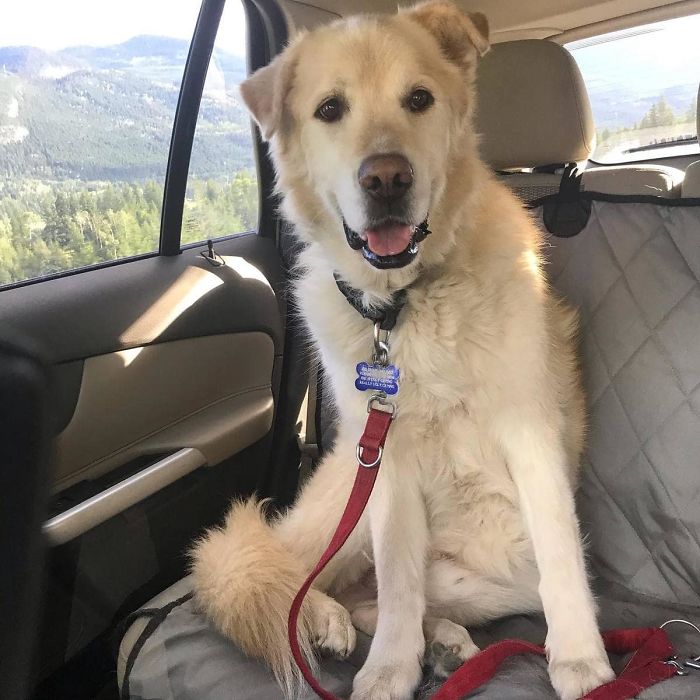 Kai loves fruits and veggies as his favorite snacks. He does not get feed processed dog treats. Only fruits and veggies (in addition to his dog food). He loves carrots, broccoli, blueberries, strawberries, pumpkin, watermelon, and is absolutely crazy over bananas. 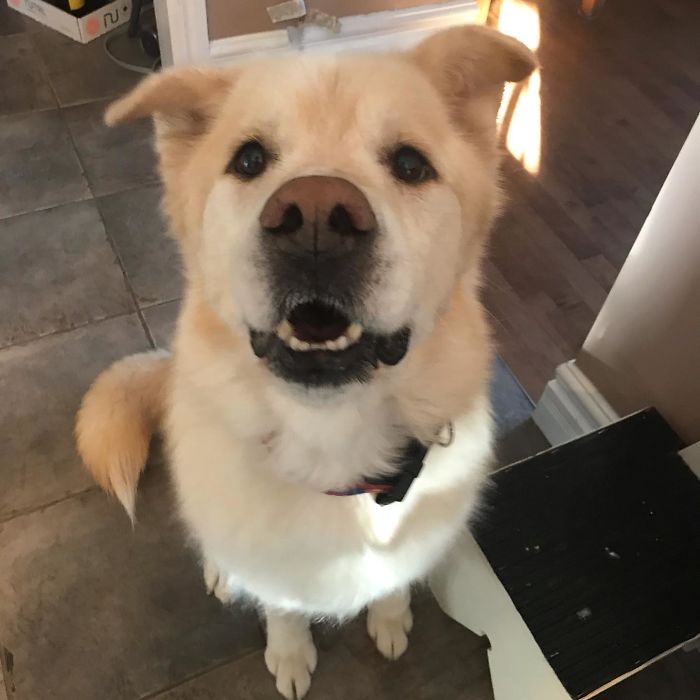 Kai’s life has truly changed and with his healthy new-frame, he has now become a ratified therapy dog. While he visited the dog park during his weight loss, it was really the people he loved. So Pam, his owner, decided to pursue having him become a therapy dog. It took him around 8 months—he had to pass temperament testing, obedience testing, and then do testing for ratification. But in the end, he was an absolute star.

Congratulations to Kai for all his hard work and we wish him all the best in his new forever home! 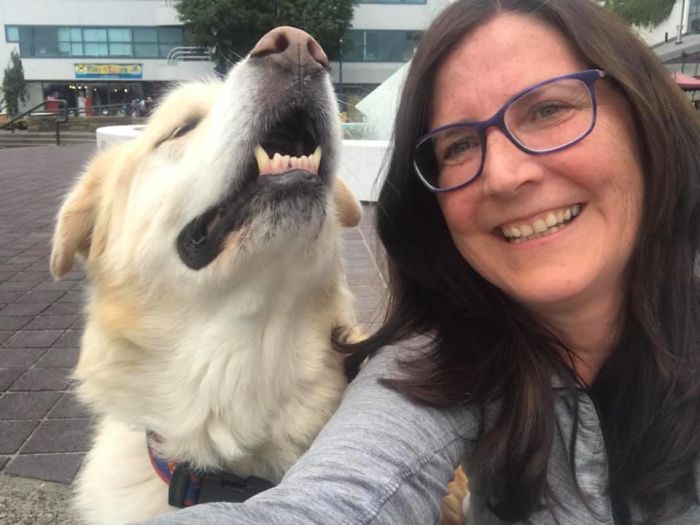 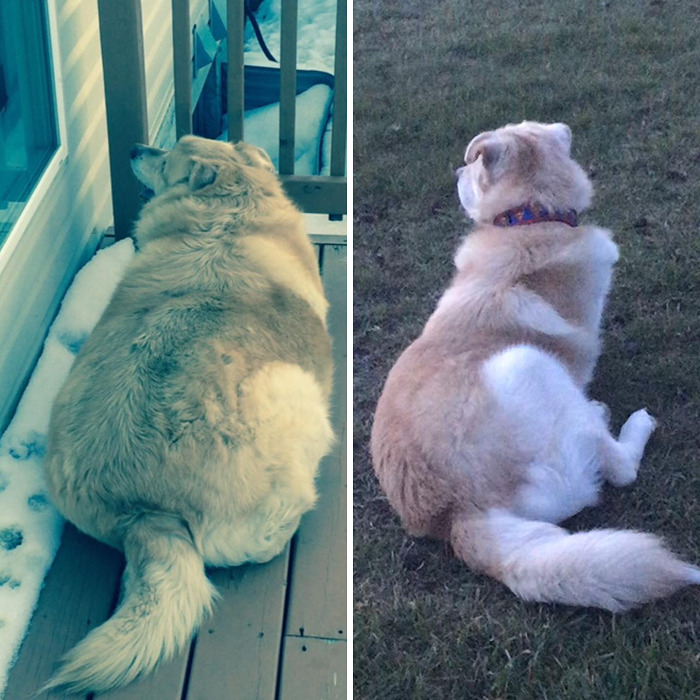 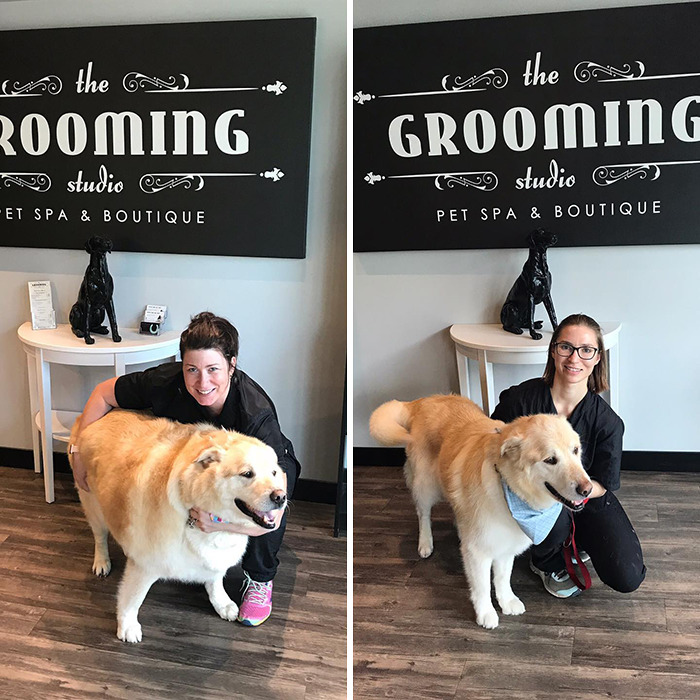 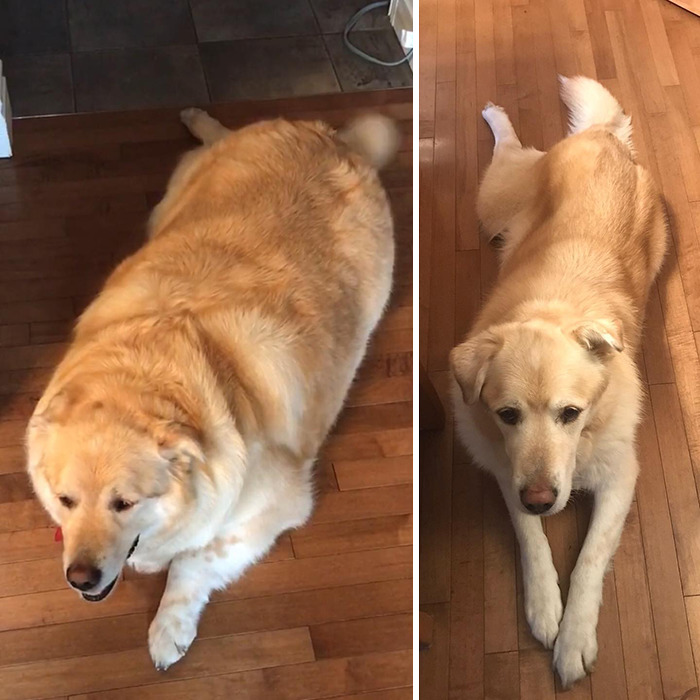 After losing 100 pounds, Kai became a certified therapy dog and started doing hospital visits. Such a happy turn of events for him! 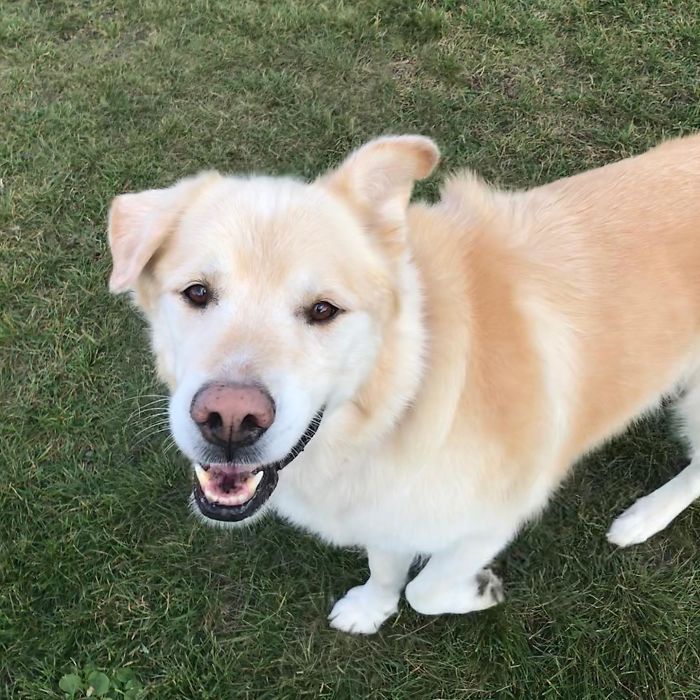