By Adrienne Farricelli
Name the word Siberian husky and most people will picture a dog with a wolfish- appearance, glacial eyes and a grayish coat, but did you know that the husky comes in many other striking colors? The American Kennel Club and United Kennel Club depict the breed as coming in all colors from black to pure white. Huskies may also present some striking facial markings and patterns unique to this breeds that certainly add to its appeal. Six Striking Siberian Husky Coat Colors

Husky Coat Colors Solid White
Not many are familiar with white Siberian huskies, and those who see them at a first glance may not recognize the breed. While technically not a color per se, a pure white coat  is not a pattern you’ll see quite often, rather, it’s pretty rare because it’s due to a recessive gene. Often, a coat that appears white has a cream-like tint at the roots and the occasional black hair in not uncommon. 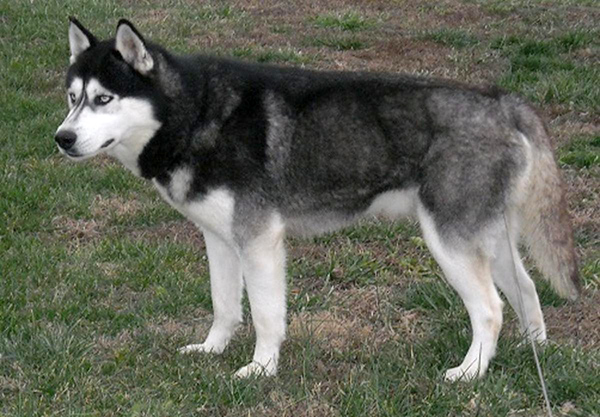 Husky Coat Colors Sable and White
These huskies have a warm reddish/brownish coat with a black nose. Like white huskies, this coat color is not very common. The hairs are reddish in color with black tips. These huskies with a reddish cast are often referred to as “black-nosed reds.” 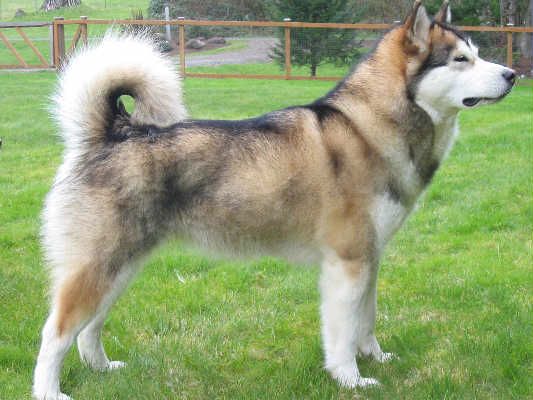 Red and White
These coats have different shades of red but no black is present. Sometimes referred to as copper, this color is recessive and can be passed down by specimens that carry the red gene. Red and white huskies typically have flesh colored points meaning that their nose, lips and eye rims are flesh color and never black. This distinguishes them from sable and white huskies. Their eyes are also commonly amber. Husky Coat Colors Gray and White
Huskies in this coat color are often quite requested for the simple fact that this coat gives them quite a “wolfish” appearance. This coat  includes three shades: silver, gray and wolf gray. Silver huskies have a typical silvery tone without any hints of red, tan or beige. Their undercoat is white. Gray coats are the most common within the gray category. You may see hints of red and tan and the undercoat is made of beige and silver hairs. Wolf gray consists of  a gray coat with warmer shades of tan, red or beige on the hind legs, along the saddle area of the back and behind the ears. 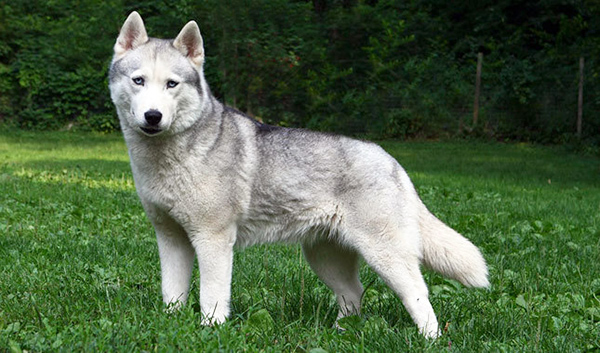 Husky Coat Colors Black and White
This is another requested color as people like the striking contrasts. Because of the amount of black on these coats, huskies with this coat tend to overheat more easily than those of other colors. Huskies with a lighter hue are often referred to as “diluted blacks.” Blue eyes in these specimens are quite striking. Husky Coat Colors Agouti and White
Often confused with sable and wolf gray, this coat color is another rare coat that gives the breed a wild look as it’s a color often seen in wolves. The markings in this case are cream color and the undercoat can be cream or gray. The masks are dark and often referred to as “dirty face.” Nose and lips are black. Other than these coat colors, huskies coats come in a variety of patterns such as piebald and pinto. They may also have blue eyes, brown eyes, amber eyes and some huskies may even have a blue eye and a brown one!